When you wake up the morning with great news 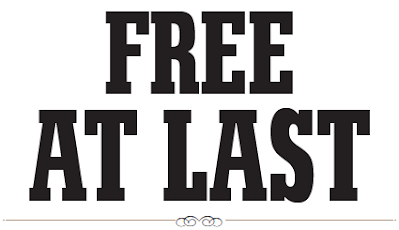 Mark Gietzen - Is not a political power in Kansas, don't believe the hype 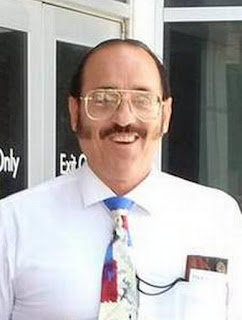 The dipshit went ahead with the recount, funding most of it out of his pocket, and
guess what?  The vote chaged by 93 votes.....  I am pretty sure that number is not enough to undo the margin of victory, but I am sure Mark has math to prove that it just might.

Kansas, we need leaders that are not as dumb as Mark.  Mark should be under constant supervision by mental health authorities because he is clearly a deranged human that is lacking basic cognitive abilities. If you see Mark, panhandling in Topeka to cover his recount bill, ignore him, the money will be used to recount ProBowl votes.

Some more interesting things about Mark

This guy couldn't even win a Mayor's race in Wichita in 2019 He got a whole 1300 votes, in the primary.  His number one campaign promise  Make Wichita a Sanctuary City for the Unborn, giving all humans in Wichita, 'legal Personhood' under the law.  WTF is legal personhood?????

He is a director of a Christian dating site called "Christian Singles Info-exchange" which I am sure is a happening spot.

He has memorized 71 songs, all of which I am sure suck

His favorite book is the bible.  Way to pick an unknown there buddy

He doesn't smoke or drink. Big surprise, probably doesn't have any tats.

His Facebook page is nothing more than an anti-abortion manifesto.  Get a life homeboy.

He claims to be the head of something called The Kansas Republican Assembly, but when you research that organization the freaking domain name isn't even owned by anyone. The Facebook page has been dormant for years and barely has 200 followers.  If you are one of the 200 people that follow that page and read this blog, then please leave.

He lost some strange ass case in court against a state senator.

He also had a case thrown out that he filed against Benfefical Mortgage company.

This is all from one simple google search.  Does this man seem stable?  Does this man need to be out there claiming he is a Republican leader in Kansas? Where is the real party leadership in Kansas when you need them?  They need to be silencing, distancing, and denying any relationship past or present with this BTK look alike.  I mean seriously, the dude looks just like BTK and you know that is on purpose, he lives in freaking Wichita.

kelly's heroes oddball in a nutshell

Email ThisBlogThis!Share to TwitterShare to FacebookShare to Pinterest
Labels: COMEDIAN 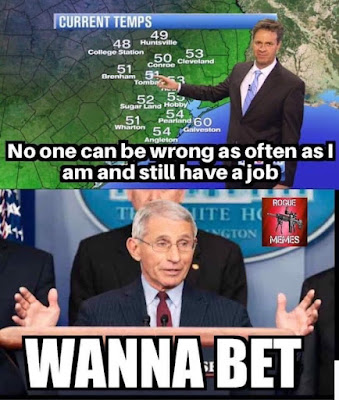 Covid are gone, and most of them with shit on their names.  For months we heard about how great both the Cuomos were and then........ Then thank god for Fauci, and then...
This man was your hero ladies(used graciously) for disagreeing with the Orange man all the while leading us to bullshit policies, lies, deceit, and blood all over his hands.  What exactly did this clown do for you during Covid?  Told you to wear masks that didn't work, kept your kids home from school which later turned out to be a bad move, locked down the country and caused millions to go without work, small businesses to close, and huge government payments to people that lead to fraud and inflation.
Yes, this is your savior.  lol.
1.4 million died from Covid under his watch
And
700,000 from Aids
All under the guidance that was given by the guy that was supposed to be protecting Americans from just that.  Only in government can you suck at a job for 50 years and retire on your own terms, with a giant pension.
at August 22, 2022 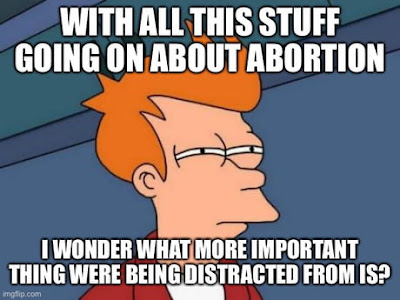 So there is supposed to be a bomb at the Planned Parenthood in Overland Park
today but something just doesn't feel right, like, why now?  First off, if you are placing bombs as an American on an American target to kill other Americans, then you truly are a piece of shit.  So if you did this, then you should be put in Leavenworth for the rest of your life.

With all of the false flags that we have seen over the past couple of years, how do we not know that it wasn't the pro-choice crowd doing that to paint those that are prolife as complete psychos (as I just did above)?

This clinic has been in operation in Joco for decades and NOW, all of the sudden there is a bomb threat.  Kinda close to election season isn't it?  The vote took place on the first of August, so maybe they are concerned that momentum for their cause might die down before the midterms?

UPDATE:  No bomb, Hey at least they got their headlines for this morning right?

I typically do not delve into these waters, BUT, the word choice for the headlines featuring these two women in the NYPost (today's story links below) caught my eye, and then their photos did the same.  So if you had to choose between one of these obviously non-liberal women, who would you select?  There is a lot to consider so google them and do your research. 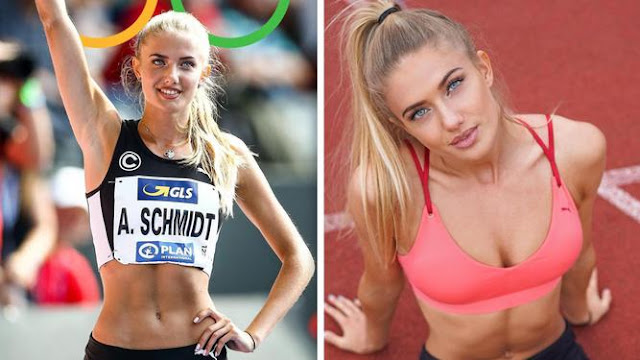 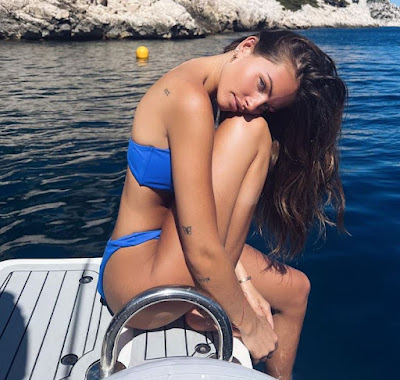 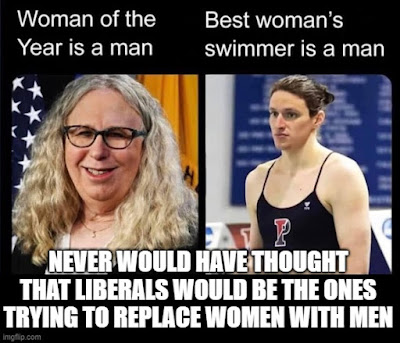 Stories that you need to read to avoid becoming a complete
moron.

1.  Housing market is now in recession.

2.  Being Woke is a thing of the past and the media is starting to purge all these douches from the airwaves, print, radio etc.. Yet some of you Karens still haven't gotten the memo and still try to be "more woke" than your neighbor.  This is funny since none of you gave a shit about politics or the country until it was cool to hate the Orange Man.

4.  Most companies still keeping their employees remote due to umm Covid? have set a deadline to return to work for Labor Day.  The people that said "follow the science" in every conversation are once again fighting science because it doesn't allow them to live their hermit lifestyle.

5.  "man-made" climate change was supposed to usher in the era of Mega Hurricanes, yet this year has once again been silent so far.  I am sure the lack of them will also be due to men eating hamburgers.

6.  Swimming in a Nebraska river leads to a child's death from an amoeba.

7.  Dipshit Americans donated millions to a billionaire after his home was raided by the FBI.  Maga people crack me up.

8.  Target (yes that store) took a huge loss in the BS economy.

9.  Manchin admits that the inflation bill won't do shit to solve inflation which makes one ask, WHY THE FUCK DID HE VOTE FOR IT.

10.  Liz Cheney, who nobody likes and is only supported by wacko violent JOCO Liberal women after she went after Trump, is considering running for president. Some people have zero self-awareness. 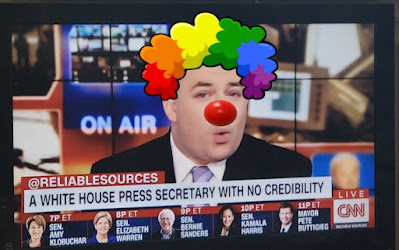 This surely will upset the violent JOCO liberal women in the world.
So please get your feelings in check and turn on MSNBC before you read this story!  This man, who some of you worshiped for 6 years is gone due to his show sucking and the majority of Americans not agreeing with his liberal BS slant.

Don't worry, you all still have Twitter to act as your emotional support animal. 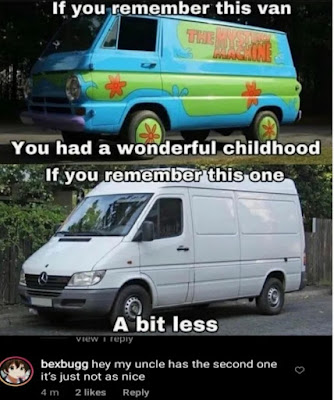 Here is the good news for parents sending their kids off to school this week.  This
pedo was a bus driver in 2016 & 2017 for First Student.  Soooooo, if you have a kid that rode his bus during that time frame, you might need to check in with them.

This Pedo did upgrade his attempted accommodations by choosing the Stoney Creek Hotel in Independence.  When I did a google image search of the place I was expecting a row of trap houses with mattresses on the floor but this place actually looks decent.  Surprising considering the story consists of pedo and Independence.

Blair Marshall, the accused perv is free on Bail

Email ThisBlogThis!Share to TwitterShare to FacebookShare to Pinterest
Labels: COMEDIAN 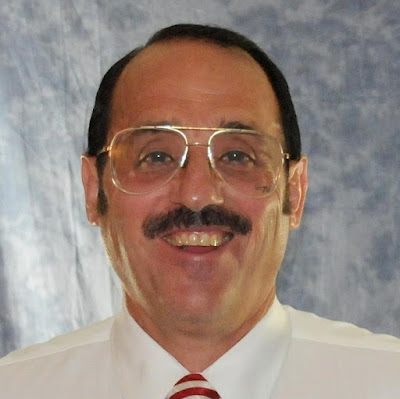 This dumbass out of Wichita just spent 120k on credit cards to recount an election
that wasn't even close.  Someone tell Marky to get out of his feelings and join the real world.  What an absolute waste of 120k!

Imagine how many school supplies he could purchase for existing kids with that money?  Or meal plans, or backpacks, internet service, etc...

After looking up the pick of this dude, this has to be sour grapes over how women have treated him his whole life.

How many Olathe Teens does it take to commit murder 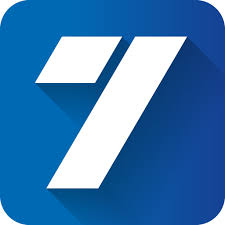 It appears that the kids in Olathe could benefit from a work-study with KCMO kids.
The number of kids in Olathe to commit murder is apparently 7.  That is right, it takes 7 kids from Olathe to do the job of one KCMO kid.  I would have figured it to be a closer to 3 to 1 ratio, let's face it, Olathe isn't Leawood or PV, where the ratios would be closer to 100 to 1.

Having said that, Olathe does seem to be making steps to improve that ratio, through their strong efforts in keeping neighborhoods blighted, poor zoning, lack of community knowledge, and keeping their chief role as revenue generating agents for the community.

Look for this number to drop in the future.