This week my oldest daughter ends her first year in the Blue Valley School District and let me tell you, it has been an eye opener. Don't get me wrong, we moved out South so that we could get our kids into the district. What we didn't plan on were some of the psychotic mothers that reside South of 135th street. 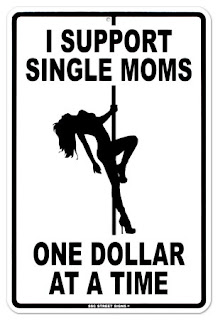 The JOCO Power Moms are pathetic creatures between the age of 35-45 that typically have a marriage in which she is neglected and children that she believes are under achievers. The reason that the woman is neglected is no seceret once they open their mouth to speak to you because the snobbery and bitchyness spews from their mouths like a popped implant.

Most of these women are former sorrority girls that try to recreate their drunken memories in the cul de sacs that they live in. They are always trying to acheive power by stabbing their friends in the back, intimidating unsuspecting mothers and playdate blackmale. They will hold up your building permits in your HOA and they will make sure that your kid plays the tree in the class play through their work in the PTO.

It is easy to spot these women so don't fear, I will touch on that later this week.

In the meantime if you run into one of these uppity women don't take their crap. It is our job as a community to check these bitches and end their power trips. Life is too short(tm Todd Shaw) to deal with their crap. Most of us that live out this way just want to enjoy life, not control lives.
at May 20, 2009