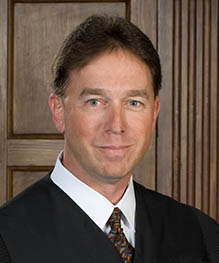 To say that the KS Court system is one big country club full of secrets, coverups and lies is an understatement.  I had this story emailed to me today by some good
people inside the government after reading my previous statements about the man and I of course couldn't believe what I was reading.

1.  There is proof that Judge Neil Foth tampered with a case that was not assigned to him to push actions for an employee of his.

2.  He knows of leaks of private and personal information coming from inside the courthouse to parties outside of the courthouse.  The information leaked is stored on closed systems and is not part of the JOCO Public Court Files that is accessible to the public through their website.

3.  Information leaked contains private information about the mental health cases of people residing inside Overland Park.  This information was then spread throughout several neighborhoods inside the city about this person.  HIPPA is obviously not carefully followed by Judge Foth who despite knowing of such leaks, did nothing to remedy the situation.  I myself was presented with such information and could not believe that this was all simply a few keystrokes away from people that were not directly assigned to the case.  When I brought this up, it was ignored.

4.  Private lawsuit information that was once again kept on a separate system from the public was also leaked out of his office.  At stake was a matter involving several hundreds of thousands and involved up to 9 people.  Their private information was pulled, leaked, and distributed without a single notification to any of the parties involved.

Johnson County residents should be able to have their personal information kept secret and not leaked, sold, tampered with.  The courts are supposed to be above that.  We put a lot of trust into not only judges, but paralegals, admins, guards, etc. in our courts do we not?  Do they not get a taxpayer-funded paycheck?

Just know this.  If you have any personal/private information, active/inactive cases inside the JOCO courthouse either private or public, that information is being passed around more than a Kansas Divorce attorney at a Judicial luncheon.