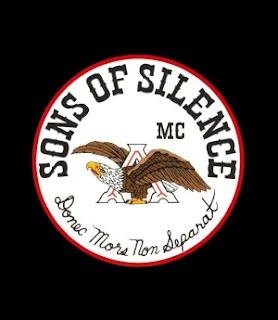 This story on the AP is a reach, even for them.  How in the hell do they compare bikers killing bikers to rioters burning down innocent peoples businesses, trashing their cars, blocking traffic and robbing their stores?  There is not a single similarity between the two yet this jackass, @jessejholland, decided to make that reach today.  Is this all that people hired to write about race relations have to
discuss today?

The article even contradicts its self saying the following

"Civil rights attorney Charles F. Coleman Jr. said only minority communities get blamed for violence, while no one blames white families or white communities for fatal violence by white men, characterizing such events instead as "isolated incidents." "

Yet earlier describing the fugitives as this

"Mug shots show an array of suspects: white, Hispanic, a white woman and a man who looked black."

How is this the white community when only 1 of 3 mugshots were of a white person and that more that 50% of the bikers there were hispanic?

@jessejholland is nothing more than a race baiter who isn't even good at race baiting and has embarrassed himself by writing about a subculture that he doesn't understand.  Bikers rarely involve civilians in any of there criminal activities and have never burned down city blocks.  Most of their crimes are committed quietly in the criminal underbelly of this country and involve people that choose to participate in that lifestyle.

If anything we should be thankful that they are offing each other instead of innocent kids sleeping inside a house and getting wasted by a stray bullet from a drive by.  The fact that 9 people died Sunday proves only one thing, Bikers have good aim, gang bangers not so much.
at May 20, 2015

Harrassing motorcyle riders is worth sticking your chest out if you are the Overland Park Police Chief. 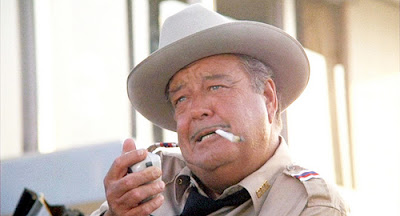 How about you focus on the drug dealers residing in our city, the property blight, the illegally parked vehicles in neighborhoods, cyclist that disrupt traffic and domestic violence instead of harassing motorist.
at July 30, 2012

I have a lot of friends that are cops and I know that they are embarrassed by this piece of SH** James Westbrook in Dallas, Tx. First the jackass pulls him over for no reason, makes up a reason, slams him around, takes his bike to impound and then arrests him.
at June 25, 2012 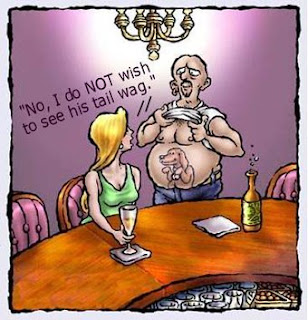 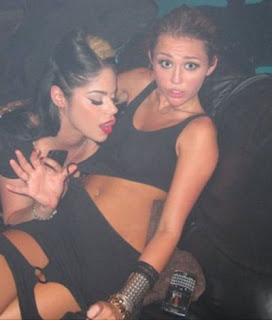 1.  Buying lingerie for dummies.  Even though this is suppose to be a serious article, slide #2 is hilarious.
2.  If only Oprah's waistline would shrink as fast as her stations ratings.
3.  Bill Maher gets put in check regarding his NFL/Socialism take by Moondogsports.com
4.  Orange County Choppers founder on steroids?  Nahhhhhhhhhhh.
5.  Midget - Gorilla Costume - Wrestling - Drop Kicked.  Does it get better?  Could be the greatest video ever on the internet.
6.  7 ways to screw over Starbucks.
7.  Miley Cyrus has come to the conclusion that getting your picture taken while taking a bong hit was a poor choice.
at February 09, 2011

1. PAY NO ATTENTION TO THE ARSON PROBLEM IN KC as more and more buildings are burned.

3. Could the Sprint cafeteria soon be serving dog?

5. Thieves in KCK have no limits and are now they are stealing from freaking kids. Isn't it bad enough to be a kid in KCK? Do you really have to steal their playground equipment?

7. McCain goes on suicide mission. I am sure this year of all years he will be especially well received by the NAACP. I got an email today from the good people at Worth Harley Davidson saying that they have a ROCKER. I will be heading up there on Tuesday to check it out.
at January 20, 2008

NOW ALL I NEED IS A FERRARI OR PORSCHE.

Email ThisBlogThis!Share to TwitterShare to FacebookShare to Pinterest
Labels: Motorcycle

BAD WEEK FOR MOTORCYCLES IN KC

1. Olathe kid flies off of cycle and into traffic while turning.

Email ThisBlogThis!Share to TwitterShare to FacebookShare to Pinterest
Labels: Motorcycle

Today we set out to the Blue Springs BBQ Contest/Bike Show. It was hard to choose between that and the Harley Open House but I couldn't resist BBQ. Having been to Blue Springs only once I printed out a map and directions and handed it to my copilot (Kerry). Things were going smooth until we hit what I later learned was Scrapbookers row. Instead of telling me to turn on little blue parkway she was too busy pointing out a bankrupt scrapbooking store. We continued down 40 highway until she realized that we might of gone to far. After making a U Turn at Adams Dairy Parkway (nowhere near our turn) we were finally back on track. That is until she later tells me that she skipped a step in the directions and we had to backtrack once again. My wife was dead set on getting us lost. The way she read these directions can only be compared to the way she follows a Lasagna recipe.

The BBQ contest was pretty good with a lot of samples but the bike show had a lot to be desired. Other than the customs that were there the others were nowhere near show quality. A few of them I even recognized from Craigslist. So after eating some jacked up Funnel Cakes (how do you do that?) we decided to head home.

Once we got in the car we decided to head to the HD factory due to the lack of motorcycles seen at the BBQ contest. We headed North on 435 towards the airport which ended up being the long way. We arrived just as they were wrapping up for the day but there were still some exhibits open and a couple hundred motorcycles to look at so it was worth it, at least to me.

The next decision to be made was if we were going to Old Settlers days in Olathe or yet another Bike event in Platte City (10 minutes from the factory). Becca wanted to ride some rides so we headed South on 435. The copilot once again brought her A game and asked why I was taking the long way and I took her word for it and exited hoping to cut across to what she thought was the "right way". So Highway D ended up taking us to Highway N (both paved) and then back to 435 south. Along the way though we saw orchards and vineyards so it wasn't a complete waste of gas, however my Copilot lost all credibility at this point. The rout I had originally taken was in fact the quicker way home.

After a brief pit stop we headed to Old Settlers days in Olathe. This was the most miserable experience I have had in a long time. We walked up and down rows of Crap booths filled with trinkets the Indians wouldn't of accepted in exchange for Manhattan. Along the way Becca decided to take it upon herself to remind us that she wanted to ride rides, every 2 minutes.

After eating Corndogs and Tacos we headed over to Carniland to ride the rides. Usually when you go to these types of events it is easy to tell the difference between the carnis and the patrons, not today. Never before had I seen more inbreed hill folk in my life. The only thing dirtier than the people in this part of Old Settlers was the garbage on the street. After letting the kids ride some rides we unloaded the rest of our ride tickets on another family and left.

In the course of the day Becca and Bridget were silent for 2o minutes total. It was like having your own play by play crew with you analyzing every move, every word and every action taken. I could swear that Becca drank one of my energy drinks this morning. All in all though it was a good day. I better stop now before I type something that would get me in trouble.
at September 08, 2007

1. Got all of my errands done in a quick manner.
2. Kick off of College Football. This will be the first season of football with my new TV
3. KU won, K State lost. Only thing missing from this is an MU loss.
4. Won new Leather Jacket at the Harley Dealership ($300).
5. Cleaned Motorcycle.
6. Saw Kynzie & Max at my parents house.
7. Went out to dinner with Kerry - Yardhouse at Legends has great food and great music.
8. Discovery of Chocolate dipped Twinkies. This could be dangerous.
9. Lawn did not need to be mowed
10. Found the Blues Brothers Soundtrack.
at September 02, 2007

NExT MOTORCYCLE I OWN

The Missouri state BBQ championships is being held in Blue Springs on September 8th this year and they are combining it with a Cycle show. Customs, Cruisers and even sports bikes. This sounds like a fun family event.
at August 28, 2007