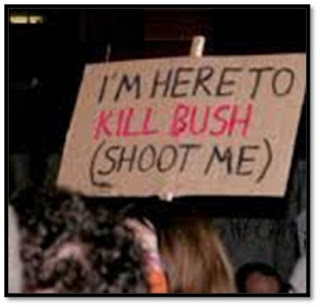 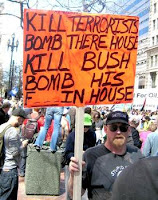 The left wing in this country is out of control.  That is all I need to say.

1.  Billions of dollars wasted again by liberals.  Wind farms fail in cold weather
2.  Left wing media gets exposed for its coverage of the shooting in Arizona.
'LEFT WING POTHEAD"  way to exploit the death of a 9 year old girl you sick F*&@S.
3.  Instead of taking responsibility for letting 6 people get killed and 20 wounded under his watch, this jackass sheriff tries blaming Republicans?  Has the November elections really made you bastards this desperate?
4.  Megyn Kelly exposes the Sheriff for the fraud that he is.
5.  Left wing psychos are exploiting the death of a 9 year old girl to push their liberal agenda.  Gun Control, Fairness Doctrine, speech and symbols , destruction of Palin, REMEMBER these people "never let a crisis go to waste".
6.  Meanwhile Mexico finds 14 decapitated bodies amongst 31 murders in resort city.
7.  Left wingers now attack parents of 9 year old girl who was murdered.
at January 10, 2011