Premeditated - characterized by fully conscious willful intent and a measure of forethought and planning
If only we could have Michael Buffer announce the start of the weekend in KC. 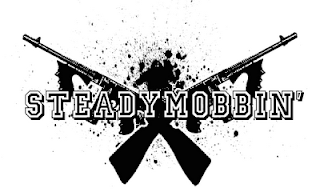 1.  Sitting in your house in KCMO more often than not will cause an early death.
2.  21 counts for 7 robberies is overkill isn't it?
3.  KCMO drug dealer has to give up over a million dollars in properties.  Damn!  Looks like crime payed for a bit.  43000 pills distributed.....
4.  Yet another lock down for a metro school.  This time it was due to matches...
5.  You can rob banks in the Northland with a notepad.
6.  Troost keeps it real with a quality drive-by shooting.  2 down.
7.  Westport produces a corpse.
8.  Dollar Generals seem to be a favorite of robbers
9.  North JOCO continues its downward slide.  Stabbing
10.   Residents living in the east side MIGHT want to consider buying safes that can't be carried off by robbers.  4 people beat the F up and robbed.
11.  Father of the year  in Missouri, probably not if his daughter has anything to say about it.
at September 15, 2011