Yael be trippin yo! 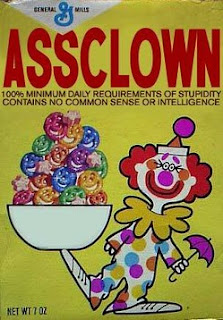 I had an email sent to me this morning with a link to a KC Star article written by Yael Alphabetsoup regarding the demise of JOCO and the greatness of kcmo and after reading it I couldn't stop laughing.  This guy seriously thinks that increased taxes and growth of government are  signs that the tides have turned in the metro?  WOW!

What he doesn't take into consideration is that unlike kcmo we don't have to do a complete face lift on our entire area, fight county corruption, deal with failing schools, record setting murder  rates, bridges-roads-sewers that are among the worst in the nation and yes our snow even gets removed from our streets.

Face it, KCMO would have to spend billions upon billions of dollars to even come close to the quality of life, government services, parks, property values and schools that we have in Joco.

Instead of comparing tax increases and big government to greatness how about you tackle the real issues that your city is facing.

Yael, to put this in simple terms, your city is finally purchasing a color television while joco all ready has LED's.  You are putting a spoiler on a civic.  You are putting generic cereal into name brand boxes.  You are framing your 5th place ribbon.


You are saying that it's "OUR TIME" for kcmo and well we know how that turned out before.