For the past 3 years we have been extensively covering the attack on personal freedoms by extremist and our government and along the way some people have said that we were blowing things out of proportion.  They said that there is no way that the government would ever stoop to such tactics and that the constitution protects us from these attacks. 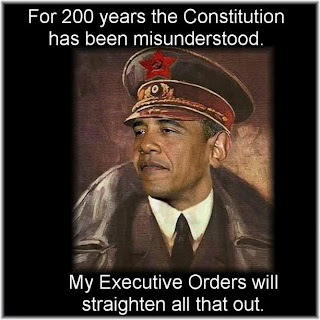 Anyone ready to change their mind yet?  This government run by the most corrupt politician in history has betrayed us all and is unworthy of our trust.  From murder cover ups, political slander, IRS investigations, lies about terrorism, voter fraud..... there isn't a soul alive that should trust them.


1.  Govt obtains wide AP phone records in probe - Freedom of the Press is GONE
2.  How is this different than KGB tactics?  IRS IG Report: Targeting Conservatives Began In 2010 - ABC News
3.  Enemies of the Government? - IRS scrutiny went beyond Tea Party, targeting of conservative groups broader than thought | Fox News
4.  IRS will also be enforcing Obama Care and will have access to all of your medical records.  Warm Fuzzies for everyone.
5.  George Will: Jay Carney's 'Usefulness to This Administration is Diminishing Rapidly' | NewsBusters
6.  What Search Warrant? Your Facebook Messages And Private Emails Are Not Safe From FBI Surveillance, Says ACLU
7.  Obama doesn't want an investigation into his cover up.  Wonder why.....