Today I went to the Leawood municipal court today so that I could help them in their efforts to raise funds to repair potholes in Hallbrook (traffic ticket) and it was an extremely interesting experience. 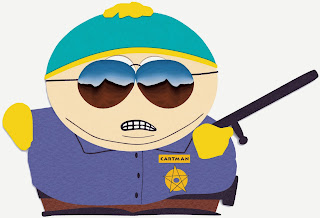 1.  The first thing you notice is that more than half the people sitting in the 50 seat courtroom are black.  This is an amazing fact considering that the black population in Leawood is probably less than 1%. This fact wasn't lost among the people in attendance.  The guy sitting next to me said it was ridiculous and way too obvious.

2.  The amount of money the city earns on traffic tickets is a joke.  There is no way that a city as small as Leawood could have that many traffic infractions UNLESS they are purposely using it to raise funds and not to protect and serve it's citizens.

3.  The types of violations people are being ticketed for are a joke.  I wont go into details due to their privacy but I had never heard of people getting ticketed for the crap they were.
at September 25, 2013