1.  This morning I heard EJ and Ellen ambush Jenny McCarthy during an interview about her 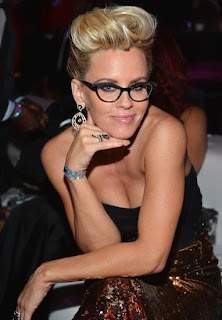 2.  Why did Channel 9 news feel the need to put "God Protected Us" in it's headline regarding the guy that got shot on 135?  I am not exactly the most religious person in the world but why would a news organization feel the need to mock a mans religion in the freaking headline?

3.  Clay County police felt the need to profile motorcyclist this weekend as "gang members" because a few people with patches were attending an event.  Is this even legal?  Since when did it become ok for the government to harass people due to their  mode of transportation?

5.  Is there anything that the city of Prairie Village likes?  Now a CHURCH BELL is pissing off it's residents.  These douche bags have way too much time on their hands.

6.  It seems that the new way to make road repairs in Overland Park is by dumping loose gravel on the street and making them useless to people on bikes, motorcycles, skateboards etc.. What is the reason behind this?  After doing some research I discovered that this crap is called Slurry Seal and it is the cheap way to go when resurfacing roads.  When you read the information on the product you can see that it might not be the best way to go in a climate like ours.  Is our city that freaking poor that we can't treat our streets correctly?