Back from the dead

Where have I been?  Well, I had decided to take a couple of months off and recharge before midterm elections and start back up in August BUT I was sidetracked.  In August I was involved in a motorcycle accident that landed me in the trauma center at OP regional for 6 days.  8 weeks and several therapy and doctor appointments later.... I am back.

Over the past couple of months I have received some emails that I didn't get a chance to respond to so I decided to answer them all in one post. 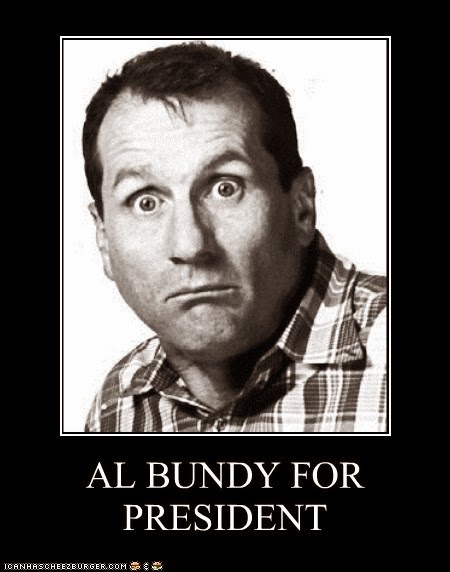 2.  Pat Roberts?  He sucks, but sucks less than having a democrat in the seat so vote for him.
3.  Use of the military by Obama?  How can he send 3000 troops to fight a virus and only 500 to "observe" ISIS?.  Shouldn't that be the other freaking way around?
4.  Scotland leaving the UK?  How is that they can vote them out yet the Irish have to fight them out of Northern Ireland?   If Scotland goes then Ireland should be allowed to become whole once more.
5.  Midterm Elections? It is your job as a conservative to get out and vote. The senate will be determined by turnout.
6.  What do you think of Prairie Fire?  I think that Corbin Park and Prairie Fire have made the Plaza obsolete to Jocoians.
7.  Did I watch the World Cup?  Yes almost every game, one of the benefits of working from home.
8.  What do you think of all the deaths due to police chases?  I think that if a bystander gets killed when a criminal is on the run then that criminal should be charged with manslaughter.
9.  Do you think blogging is dead?  I don't think so, I just believe that we are finally ridding the internet of wannabe experts that take themselves too seriously.
10.  Are you for legalizing Pot?  I am for getting the government out of almost everything that a person can do to him/her self.
11.  Your thoughts on Sly James?  He is better than the last dude.
12.  KC Radio?  I think that Dana & Parks have actually turned me into a listener.  They stopped talking about national issues and started a more local and less political show.  Petro is still the best and ST. John and Bukaty are not far behind.
13.  Will you also be returning to twitter?  Indeed
14l  Iphone or Android?  Iphone
15.  Who are you hoping will run for president for the Rep Party?  Rand Paul and Dr. Carson
16.  What is your favorite KC Blog?  Are there others out there besides Tony's?  The rest of them are crap.  Tony is still da best.
17.  Do you ever talk to Chris Merrill?  When something to talk about comes up he is still the one that gets to hear the stuff that I wouldn't dare put on the blog.
18.  Are you going to have guest bloggers back on your site?  If they haven't been on before then they probably wont be on in the future.  Those that have will always have a spot here.
19.  Last time you were at the Plaza?  Christmas Time.  Only time worth going.
20.  Do you go to Irish Fest?  No.  I celebrate my Irish heritage every day.  Irish Fest is just another drunk fest.  If people want to celebrate Ireland then they can support them in their efforts to regain Northern Ireland.
21.  Your thoughts on Strange Music?  Well Kutt Calhoun left didn't he?  So there goes their street edge.
22.  Will you ride again?  I am counting down the days until my bike gets out of the shop.
23.  In your opinion where are the biggest douche bags in Joco located?  That is easy.  It has to be either Lions gate or Wilderness  Valley.
at September 23, 2014