The Right has it Wrong on Freddie 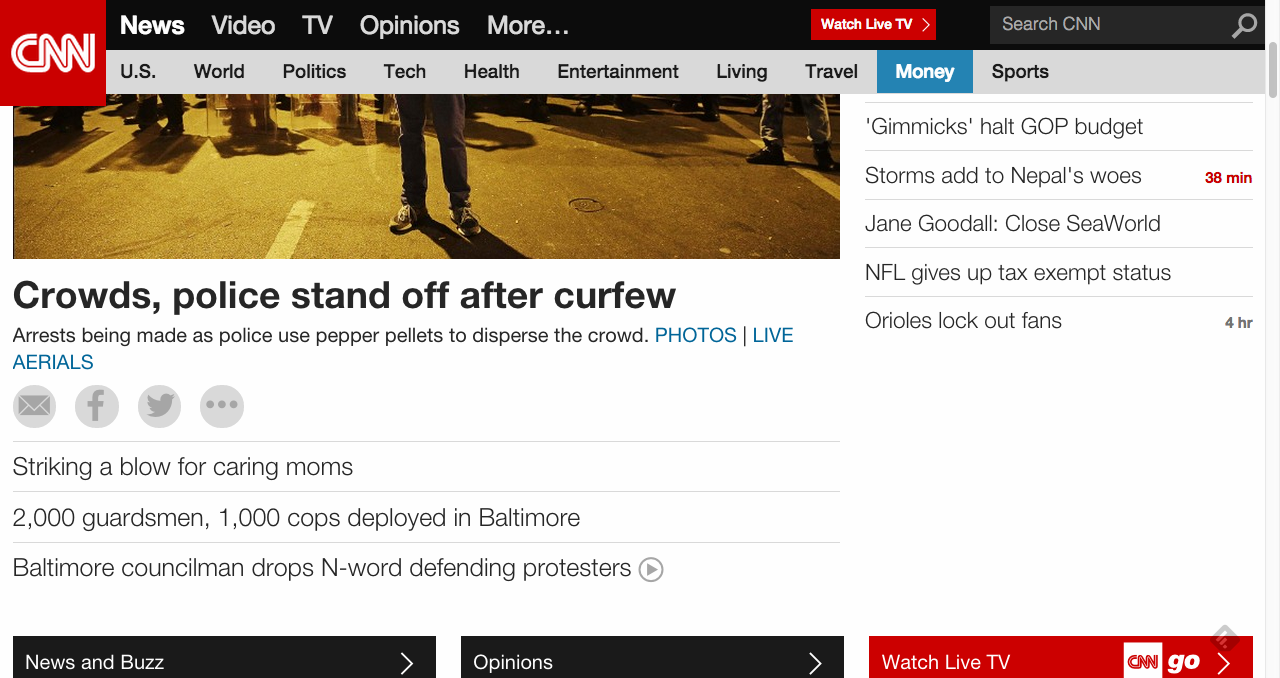 It is unwise to automatically side with the people that you normally do side with regardless of the situation.  Let's take example the recent events in Baltimore.

Unfortunately the right wing media has seemed to side with the police and are trying to rationalize the death of umm ummm, yeah that's right you don't evenremember the guys name.  Don't worry the national media doesn't mention his name in a single headline of their websites at of 1022pm (screenshots in this post).  His name was Freddie Gray for those of you that are just tuning in.  According to news sources that I usually side with Freddie Gray's past makes his murder justified. 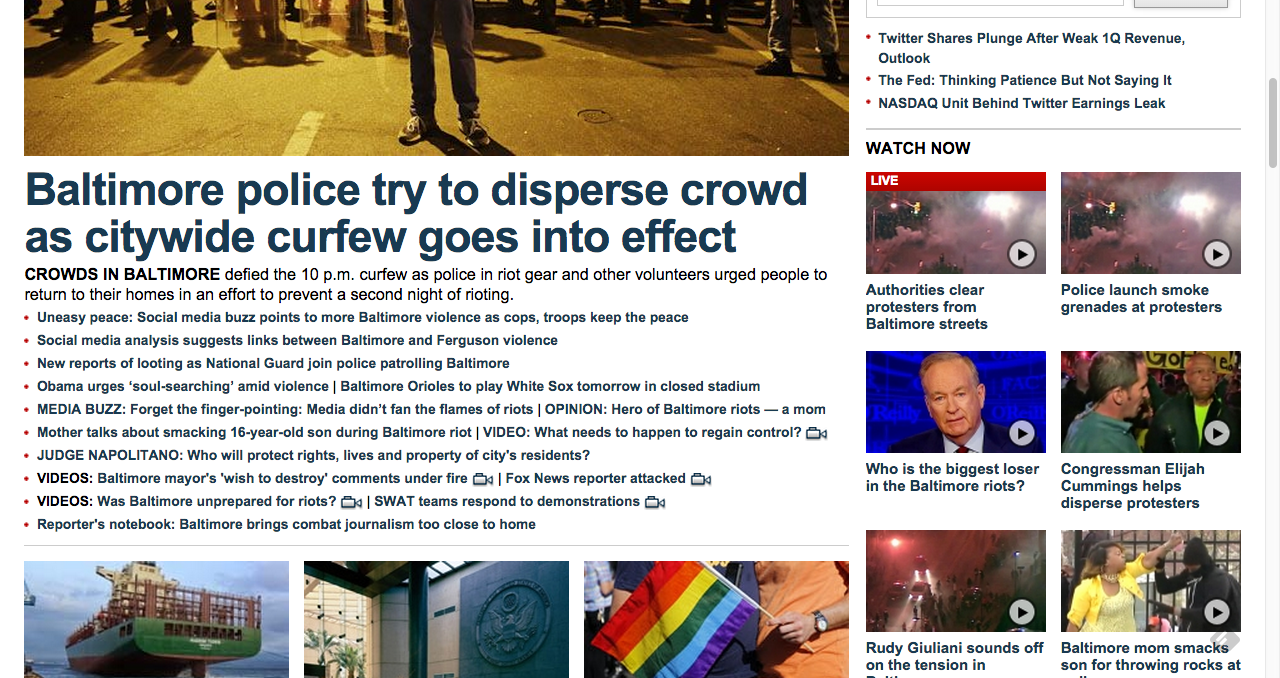 They released his arrest records (none of his convictions were for violence), released his medical history (so much for HIPPA) and they blame his running for the police.  Even if all of the above are accurate does make his murder justified?  Hell no.

NOTE:  This doesn't excuse the looting, burning etc.. anyone that did that deserves whatever comes their way.
at April 28, 2015