Pulled from the scrap heap 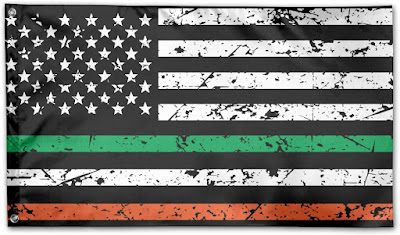 After consulting with several attorneys that specialize in media publications and my mutt, I have decided to make a come back into the blogging world.  I have gone back through and edited most of my political posts from the past 12 years because well, none of that crap even matters as of Jan1 of 2020.

This country has become one hot dumpster fire on the verge of a civil war.  Death, beatings,
unemployment and corruption have made life inside the 50 states unbearable.  Who here hasn't had their lives turn upside down?  That might be the only thing that we have in common with one another today.

Some ask, how the Fuck did this happen and look confused as if they were completely unaware and did not themselves participate.  The answer, social media.  The world is now controlled by pandering Blue Check marks and clout chasing posers trying to one up their most woke neighbor, or neighbor 1000 miles away that they have never met.  Before social media you couldn't hide in your basement and light the country on fire with your rhetoric, you had to do that shit face to face.  This made SMART people measure their words and idiots stand out.

Truth hurts at times and it seems that a lot of folks would rather silence the truth than deal with it head on (I went through this shit when I took this blog back online when I was getting screwed with by people wishing to silence the truth I was speaking).  It is never the facts that come into play but instead people of unlimited power and influence personal desire to divide and silence their minions.  If you think these people care about you, keep the wool over your eyes and let the country and those that you care about suffer.