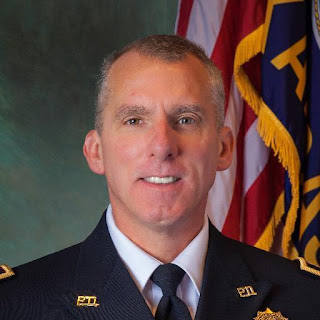 If you need any further proof that Overland Park is turning into a burning shit pile then please read this story in The Red Star.  This triangle of hell involves
BLM(Rioters), Proud Boys(Rioters), and Overland Park Police Department(Killers) and if you reside inside the Overland Park area, none of them are to be trusted.  Each faction can't be trusted, resort to violence and operate by their own separate rules.

The OPPD is a draw first, ask questions later type of crowd (unless you are a white woman).  If you are a male of any race, they would much rather shoot first and ask questions later, write a ticket for 6 mph over to justify the reason they pulled you over, solve more fireworks related calls than actual thefts and serve as nothing more than a revenue-generating, adultery committing arm of the JOCO courthouse.

What purpose does it serve to bring up the interactions that some mouthy OP residents (that probably do not know of any actual Proud Boy members) had with the police department "in passing"?  THAT is the real question!  Why is it that nearly 9 months after the riots of OP in 2020 that this was openly brought up by the Chief of Police for Overland Park?  Isn't it the job of law enforcement to keep the peace?  Not stoke hatred and lump every white homeowner in with the idiots that said "proud boys"?

MAYBE this clown should leave office right away.  It appears to me that he doesn't have the moral compass or macro understanding of how his words can do more harm than good.  He is from Davenport, Iowa where you know....