Ohhhhhhhhhhh where to start with the shit show that we just watched. This is off the cuff without me even processing the loads of bullshit we just heard. 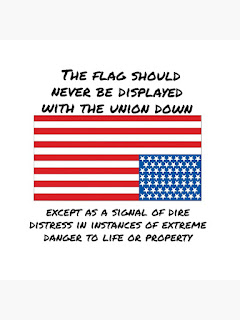 1.  He yelled at us the whole time.  Yes, yelled at American citizens for his fuck up

3.  He blamed Trump.  Trump initiated the process that Joe said he was in favor of, LEAVING AFG.  It is once again HOW he left and the lies he has told over 6 months.

4.  He said that everyone in INTEL and DOD was in favor of this plan.  BULLSHIT

5.  He brought up the death of his son AGAIN, trying to compare his cancer death to the death of MARINES that he put into a F'D up mission.  I served, I have cancer, that doesn't mean that if I die tomorrow it would be considered on par with a combat death?  Hell No.

6.  He shit on those left behind.  It is not ok that 10% of the people that wanted to leave could not.

7.  Everything he said is contradicted by reports coming out of AFG on all networks.

8.  He is trying to take credit for poorly cleaning up his own mess. WOW, we evacuated 100,000 noncitizens.  This is like the Captain of the Titanic taking credit for the greatest water rescue in history.

9.  He said that we do not forgive or forget.  WELL, unless you are the Taliban and it has been 20 years.  HOW do people forget what happened on Sept 11th and who was responsible???  I do not give a shit if you call the Al Queda, ISIS, Taliban, ISISK, Smurfs, Transformers, etc..  It is all branding.  It is the same folks under a new logo, catchphrase but with the same mission statement and product.

10.  Dude is an absent-minded lying corrupt man that has forever destroyed American credibility throughout the world.  You voted for him, ENJOY, because if shit goes down again, do not expect others to sign up to serve up under this assclown.