Ok, I am finally willing to discuss this
It was 5 years ago that my life began the countdown towards the early end.
Choroidal melanoma is a rare form of cancer that forms behind the eye and is for lack of a better word "lethal".  This isn't exactly one of those well-known cancers and there isn't anything that you can do to prevent it.
After my diagnosis, I told my ex-wife the news and instead of support and comfort she was actually mad at ME and got in her car without a word and drove off.  That might have been even worst than receiving the bad news a few hours earlier.  I was left speechless and confused by what had just happened and knew that I would be facing this alone. 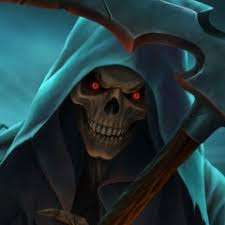 I would also be facing the permanent loss of vision in one of my eyes.  This took away my motorcycle riding, balance, depth perception, and new meaning to the phrase blind spot.  It took me 2 years to be able to fully function without destroying everything around me when I walked etc.
In my mind, the shot clock was ticking on my life and the person who I had at that point spent close to 20 years of marriage and raised 2 kids with decided that I would be isolated and the trauma that I was dealing with would be kept from the family.  This meant that the emotional issues that I was dealing with went without explanation to my teenage daughters.  My ex decided that we should keep it from them until June ( I was diagnosed the previous October) when school was out.  Even then she didn't want to tell them.  It was my problem after all and not anybody else's.  To her/them my cancer wasn't serious...  I had just a year earlier recovered from a major motorcycle accident that destroyed my knee, gave me head trauma that I am still dealing with(headaches, memory loss, night vertigo, etc.).  That is another story altogether.
I received radiation therapy 5 weeks after my diagnosis to slow the spread.  This meant checking in on a Monday and having radiation inserted through the eye and removed the following Friday.  Radiation levels were too high for visitors and medical staff could only be in the room for 5 minutes before having to leave.  It didn't much matter because I knew that I was on my own.  The tumor was shrunk to a size that they were happy with and the shot clock began.  This wonderful little thing doesn't go away, instead, most patients have it spread to the liver or the brain, depending on how it feels.
As you can imagine, this story doesn't presently have a happy ending.  It wasn't long after my diagnosis that my ex decided to file for divorce.  I missed 6 months of work when the company I was working for split up while recovering and finding a new job when you are wearing an eye patch and still trying to cope with things wasn't easy.  Despite my best efforts, the 20 prior years apparently didn't amount to shit.
So now I start my march to the unknown 5+ year mark hoping that I am one of the lucky ones to survive.
at November 16, 2020