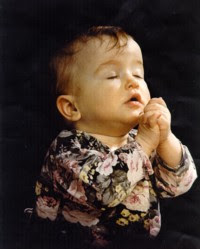 For your freedom and mine freedom!
Loyal until the end!
For freedom we fight!

The above three lines or statements are the inspirational chanting mottos for the West Point Military Academy classes of 2009, 2010, and 2011. Looks like the plebe have not yet their own chant”.

Believe it or not that sole idea gives me a lot to be concern about. I am so concern because with the new Commander in Chief, the Vice-president and the Speaker of House the chanting for the Class of 2012 may change to things like “It is Ok to give up” “Always ready for an apology” “Sorry enemy if I hurt you”! “Castro, Chavez, Morales and Correa our loyalty with you all”

I loved the part when Secretary Gates said “Today I want to talk about you and your families-because when you signed up, you also signed up all those who love you most”
I was ready to collapse when I realized that I have done something wrong, well WE have done something wrong! We elected their Commander in Chief, and their Vice-president the VP is the one that can take over if something wrong and fatal will happen with the President of USA. God won’t allow this, but we need to have the right succession plan ready to keep our country moving, He (Bidden) is the second in command. We also allowed Pelosi to continue and to move up to become 2nd ranked individual to take the presidency in case of some type of emergency situation.

I want to apologize to all the future military leaders for giving you all that you have right now as leaders (I didn’t work the hardest to put McCain in the White House), I am very sorry for giving you a Commander in Chief that bows to kings, hugs socialist presidents from other countries, and wants to easy sanctions to Cuba Communist and for sure he will run to hug the Castro brothers “as soon the conversation and negotiation will permit”.

Sorry for the VP that opens his mouth and releases to the public and to our enemies the location of our “High Level Security” facilities created to protect the top leadership of our nation.
Sorry Ladies and Gentlemen of the West Point M.A. Class of 2009 and to all military academies to allow the re-election of the Speaker of the House the same one that does not respect organizations or agencies such us the CIA, FBI or any Government agency that protects us for terrorist attacks.
And of course to the families is this brave Americans for giving you the leadership that will put your kids in a harm way! Your kids won’t have any rights to protect themselves; they will not be able to learn or practices interrogations techniques that will allow us to have information to stop future attack to our nation. Their bravery in the battlefield will be a reason for punishment! They are on their own….

Secretary Gates closed his remarks by saying: “I believe that for so long as we seek to be free men and women, for so long as the bright light of liberty shines, there will be those whose sole ambition, whose sole obsession, will be to extinguish that light” (I do believe the sad part is: sometimes we do elect them, they are around us!)

“I believe that only strength, eternal vigilance, and continuing courage and commitment of warrior like you, and your willingness to serve at all costs, will keep the sacred light of American liberty burning: A beacon to the entire world.” (All honors and respect to you our futures leaders) but once again….

I am very sorry! I didn’t mean it! May your love for our country will allow you to deal with such a great undertaking.