ANGELO MINO HAS THE WEEKEND

I was ready to submit my contribution to this blog, when an article was placed in my desk; it comes from the Walk the Talk website. As I was reading I started to thinking in Washington DC, our Senators and Representatives. Looks like they no longer remember that they are there to “SERVE” the American people; we did elect this group of “Honorable Sir and Madams” to be our SERVANT LEADERS. Every time that a Vice-president discuss and bring out to the public sensitive information, he is not serving our need of a safe place and he is going away to far away from our hopes of a safe and respected America. When the Speaker of the house has the courage to hide information or provide wrong information in front of cameras or in front of her colleagues from congress, she is not practicing Fair Play. She is going against our well respect CIA and the people th 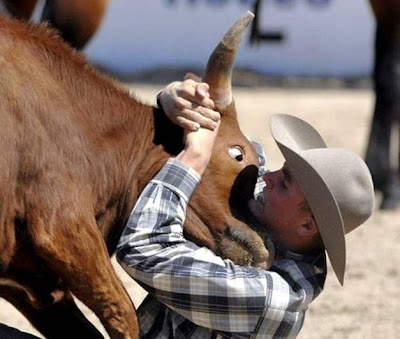 at put their lives in risk by facing our enemies any time when our country request that sacrifice from them, attacking our federal agents and denying or changing the facts that she listen on the security briefings It is not right, it is not American, it is not part of the practices of civility, we no longer care to give to our heroes the “formed lines of respect”, we are treating our soldier and federal agents as criminals, we prefer to protect the enemy instead the our troops. Let’s bring back our values, let’s be again a principle driven country, and let’s bring the great “honor” or “Individual responsibility”. Let’s be Americans one more time, our Country need us today more then ever! Let’s remember the old order of civility Excerpted from “A Tender Warrior” (Lt General Hal Moore)
(The movie “ We Were 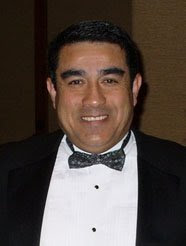 Soldiers” is based on General Moore’s Military leadership) I pledged my life, my sacred honor, for America many years ago. Millions of men and women have made a similar pledge. Having lived with that pledge my entire adult life, after graduating from West Point, I can speak with great humility that it has been a privilege of the highest order to serve at the pleasure of The Commander-In-Chief.

An unequalled pledge of sacred honor took place on April 9, 1865. Before General Lee surrendered his whole Army to General Grant, all communications between the two leaders leading up to the surrender ended with, “Your obedient servant.” It was a closing used by many great American leaders and presidents. But somehow, it became less important to emphasize civility in communications as America became more sophisticated and technology rooted.

America used to be the proud home of civility. We can be again. Seldom does civility stand alone. It is seldom a one-time act. It invites compassion and sacred honor as sister pillars. It serves others and strengthens the bond in relationships.

As Lee rode “Traveller” to surrender to Grant at Appomattox, Grant formed his Union troops in two lines. They stood with their swords at attention as Lee, with great dignity, progressed the final yards to the farmhouse, riding between the “formed lines of respect.” With the slow, high-lifting discipline of each hoof, leader was preparing to meet leader at his and America’s best – in the worst of times.

During the surrender, a personal movement of appreciated civility occurred. “General Lee removed his sword and handed it to General Grant, and Grant handed it back.” After the surrender, as general Lee mounted his horse to depart, General Grant stepped down from the porch, and, moving toward Lee, saluted him by raising his hat. All officers present followed him in this act of civility, compassion and honor. Lee raised his hat respectfully, and rode off in great dignity…loving America still.

Although both were West Point graduates, they had met only briefly once before. During the surrender, from their letters in the beginning through the raising of hats at the end, the “good-by” was a leadership exhibition in civility for all. It took the two of them to teach the soldiers present why, and how, we should serve one another – even during military surrender.

The surrender had been elevated to a moment of grace. That is what civility, compassion and sacred honor produce when the servant heart leads the best of leaders. They paved the way for future leaders to emerge in history by leading through authentic practices of civility.

Such leadership moments are never lost in history. Whether signing the Declaration of Independence, leading a platoon into battle, or surrendering to one another, there are two duties of a leader at all times: He or she is in that role to serve others first and concurrently to lead them to an objective. A crucial and delicate balance is required. To achieve this, to serve well, he or she must serve with honor and lead with civility.
at June 20, 2009