How Hip Hop has let us down

I think I have finally figured out why there are more people dying at a higher rate than ever in most cities in America. The answer was so simple that I am embarrassed that it took so long for me to piece together. Bare with me here for a minute because the answer might not be new but the reasoning behind it is. 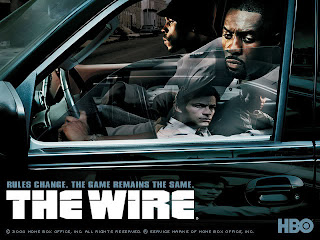 Those of us that grew up in the 80's and 90's witnessed the explosion of hip hop music and its impact on society. We all heard stories about drug dealing, being a gangster, drive by shootings, pimping, car jacking and day to day living on the coasts. To people in LA and NYC these stories weren't glamorous tales of the lifestyle, no they were tales about how F'd up life was where they lived and the problems that they faced.

Some might say that they were putting together both the play book and survival guide for the rest of the nation to follow.  Kids today don't hear "How to Survive in South Central", "The Code of the streets", "Triggers got no heart", "Loves going to getcha", "Gangsta, Gangsta" and of course "Colors".  As a result the murder rate is skyrocketing across the nation including cities that you never woulda thought would hit such high numbers.

Without the proper training on drive by shooting, drug dealing and gang banging can we expect anything else?  The education that today's MC's are providing is laughable.  They talk about having money, cars and women but not how to get there from the hood and live to tell about it. 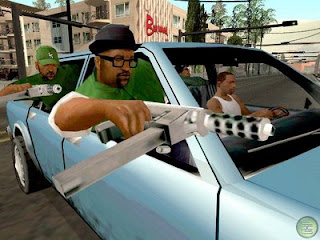 They were filling in where school districts like the KCMOSD was failing.

The school districts have let the communities and kids down in these areas.  They were screwed from the day they enrolled in Kindergarten to the day they dropped out in 10th grade.  Luckily they had Votech teachers like Ice Cube, Spice 1, Scarface, KRS One, CMW etc.. to show them how to make a living in their environment.  Ice Cube told them to get a 9 and they would be fine so they did. Scarface taught them how to slang rock on the corner and Ice-T taught them how to pimp hoes. I think we all know not to get high off of our own supply don't we?  Do you think kids today do?  Hell no.

Todays kids don't have the playbook and are simply making up street rules as they go.  The only thing that they understand is that snitchin is bad.  They see someone with a little money and kill them and take a little cash and territory from them.  Teach a kid to slang and he can slang forever, teach a kid to shoot and well, he is living week to week.

MC's like Lil Wayne, Drake, Kanye West etc.. are letting us down and not providing the service that they should.