Today the chief of police in Overland Park is bragging about the city's rankings in the safest to drive in list.   What he isn't telling you is that the city was ranked the lowest in the metro.

That's right, Olathe, Kck and Kcmo all finished above Overland Park (according to Allstate).  But is there an explanation to justify those numbers and make Overland Park once again superior to these 3 blighted areas of hell?  Of course there is! 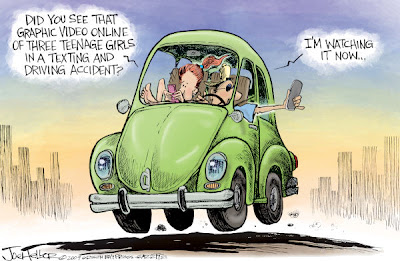 When your city has high unemployment and empty businesses nobody drives!  Seriously, have you ever heard of traffic delays going into KCK during rush hour? Have you ever heard about the traffic jams caused by kids going back to school? And I won't even comment on Olathe.

So you see Overland Park it is simple