Not since Lane Myer was haunted by a switchblade comb packing menace on a bicycle have these words meant more to residents of Kansas.  You see, our politicians screwed up big time with their new modernized DMV computer system and literally want us to bail their asses out for the low low price of $2 per resident.  Oh, and we really don't get much of a say in the whole matter before it happens.

That's right, the state is basically going to increase property taxes on every resident of the state and disguise it as a "fee" to help them make up for their incompetence. 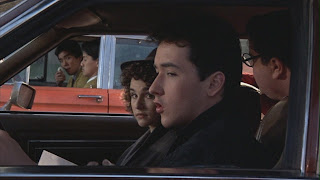 Here is an idea, how about you have 3M discount their price enough to make up for the overtime since it is after all their fault (according to you).  OR how about we hold back the pay of those that worked on the system, decided to purchase the system and WHO LIED to us about how big of a problem it really was.  Shouldn't they be responsible?  They do after all report to the tax payers not the other way around.

In the grand scheme of things $2 to an individual isn't much and they are counting on all of to say "ohh well, it is only $2".  What you need to do is find out what that exact total equals and how that money could of been better spent.

All of these would be a better use of a $2 per vehicle TAX increase on every vehicle in the state.  Instead we are going to spend that TAX money on a cover up of an incompetent group of government employees and the padding of the pockets of DMV employees.

Shouldn't we get to know the names of the people responsible for this and what actions were taken against them before we even consider bailing out their incompetence?  These folks don't still have jobs do they?  Thank about it, cashiers at grocery stores get fired for having a $10 shortage in their drawer.  Surely a multi-million dollar F*** Up like this should lead to the same right?????
at September 14, 2012