If you were able to listen to the of touch ramblings of Dana Wright yesterday then you were truly blessed.  I say this because in Pope like fashion she resolved you all of blame for your criminal actions and put it squarely on guns.  Sure this was full of holes, hypocrisy and grandstanding but none of that matters when discussing freedom with a liberal. 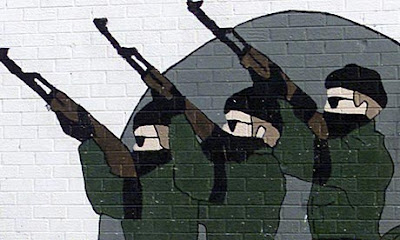 You might of even missed the typical "ask the dead people" line that was dropped by her which is always used when one is cornered or boxed in.  What she fails to realize is that if you DID ask the dead people they would all blame the psycho shooters that committed the act instead of the method that the act was carried out.  Does it matter what was used to do it to a dead person?

Gun shows aren't all that bad to Dana though.  She does take money from them by letting them advertise during her show.  Gun Money is good but Guns are bad.....

To a do gooder liberal speed in killings is everything, remember.  120 people can get murdered in KCMO alone over a year and nobody bats an eyelash but anytime 3 or more people get shot at once in a location that is typically void of crime then its time to rip apart our constitution etc... How does that make any sense at all?

1.  Home Invasion shooting has to be the fault of the gun and not the fault of the thug.
2.  Stealing Food due to hunger has to be the fault of the gun
3.  Double shooting in KCMO due strictly to gun ownership.
4.  Which was to blame for this?  The Crowbar, the Big Mac, the Psychos or duh The Gun.
5.  OH CRAP, TAKE AWAY OUR PHONES NOW.  Phone call used to rob local Wal Greens.  I hope Dana Wright doesn't own a cell phone and if she does I hope she has gone through background checks and mental evaluations to ensure she is capable of ownership.