Those of you that follow my Twitter feed aren't new to the fact that I am a big music fan. So when I was asked if I would publish a guest post from someone in the industry it peaked my interest.

Independent record labels are one of the key foundations on which the might of the music industry is able to stand and grow.  In recent years, the popularity of independent labels has continued to grow. We explored why this is the case.
Not Just a Stepping Stone
In the past, the journey of a band or individual artist up the musical ladder would often begin with being spotted and signed by an independent label, enjoying some degree of success here, and then being picked up by one of the bigger commercial labels.
Of course, this is still the favored path taken by many, but the ways in which people choose to follow their career are becoming more diverse.
For example, the 2000s saw a marked increase in the number of artists who decided to stay with independent labels. In turn, this made these smaller labels more attractive to up and coming musicians who were looking for a recording contract. Previously, there was suspicion around independent labels, but now that they are more than just a stepping-stone to success, people are flocking to them and committing themselves, even when a larger label could provide greater exposure.
Many are Artist Owned
As the reputations of the larger record labels have continued to take a hit, some of the world’s biggest artists have launched their own independent labels. In most cases, this was done as a result of frustration with a former record label. However, where an artist-owned independent label might have been launched in order for the artist themselves to be able to manage themselves better, they have since become an attractive proposition for new musicians.
The reasoning behind it is simple. Imagine you are an up and coming R&B artist, and you have the opportunity to get signed by a label owned by someone big within the industry. Music fans around the world will see that as a personal endorsement of what a particular artist does, and they immediately will have more credibility.
Greater Creative Control
While this is issue is not as big as it used to be, many artists are still finding themselves frustrated by the restrictions that a major label places on them. While these are actually understandable, particularly for the biggest names that have a brand stretching back many years that they want to foster and protect, for a musician who wants to say what they want and write edgy songs it can be a horrible situation to find yourself in.
Independent labels are well known for supporting work that might be seen as controversial, that no one else wants to touch, yet often goes on to be a huge success.
Label Distribution
Today, many independent record labels have distribution deals with the larger companies in the industry. This allows them to remain true to what they do, while benefitting from being able to get their product into markets quicker than ever before. It will be interesting to see how this trend develops as digital music continues to grow as a revenue generator. Will independent labels start to cut ties with these large distributors, or will they continue to work with them to boost their other big money maker, which is live performances and tours?
Independent record labels are stronger than they have ever been before, and the reasons why are clear. The only danger for such labels will be if the market reaches a saturation point over the coming years, leading to instability and uncertainty in the industry.
Author Bio:
This article is written by Pro Music Tutor, the best place to learn guitar online, with high-definition quality videos and tutorials taught by famous musicians in the music industry.
at May 31, 2013 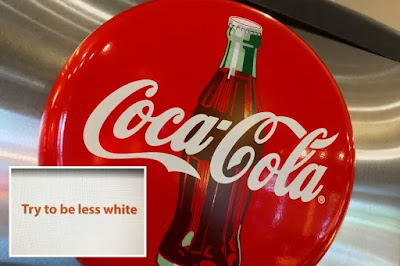