The Evil That Men Do - Christmas Week Edition

There is a special place in hell for people that are discovered doing evil during the holidays.  Then again we live in an evil time and place full of evil people.  The decency among people is gone and sociopaths and narcissists run the show.  Even those that you trust the most will turn on your ass.  Keep that head on a swivel and trust nobody.

1.  Girl grabbed from parking lot back in 1988 might finally get some justice after this psycho 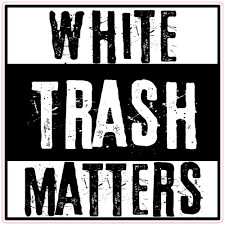 2.AOC tries to convince people that she is for "the folks" but most of us know that she is full of shit.  The latest example consists of her moving to the front of the line for vaccinations despite her being only 32 years old and healthy.  Surprisingly, she was called out by her bestie for being a selfish bitch.

3.  If you go to a Waffle House in Orlando might get you shot and killed.  Any headline posted from the state of Florida almost seems like cheating.

4.  WT on WT crime is now getting deadlier and involves dogs.  Father, Son, Rover &Rover all shot to death in Alabama.

6.  I never in my life thought I would have to share a link involving NASA and the slaughter of Monkeys BUT it is 2020. 27 Monkeys slaughtered in one day