KCMO Putting Up Big Numbers in Murda Race 5 in 48 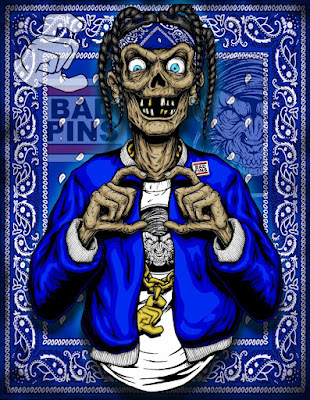 There is no "nice" way to put this but KCMO is starting to put up big
murder numbers after a slow start and could find itself sitting on top of the murder rate (per capita) at the end of 2021 and there isn't a thing in the works to prevent this.  You see the Police Chief is being attacked by the community that these murders are taking place in, which of course makes preventing activities that lead to these killings nearly impossible to predict and prevent.

The drug game is the drug game and it ain't going away, but it can be relocated to another city that is weaker on crime.  When that happens, the cartel members, dealers, gangs etc.. will all move away.  It really is that simple.

So you can hope and pray that a midnight basketball program, defunding of the police department, candles lit after murders, campouts in front of city hall etc.. will all reduce crime but NONE of that has ever shown that it works.  Killers aren't going to pick up a flyer and go, "Oh, I should stop trying to earn money the only way that I know how", because flipping burgers at McDonalds isn't putting money in rubber bands, maybe an envelope.  When you can make in a month what you would make in a year flipping burgers..

The KCMO school system has failed these kids and not set them up to see a bigger picture than the street.  Instead of teachers offering career advice, it is an Uncle that just got released from prison that is putting that kid onto street game because that same system failed that Uncle and his Uncle etc..Murder rates can be tied to poor schools, it is that simple.