Snitch on a John - NE KC 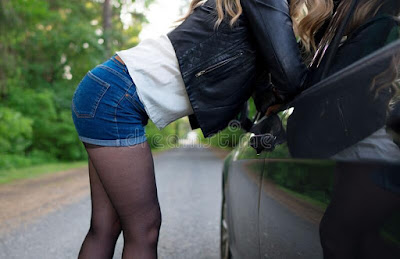 This idea might be the latest but it probably isn't a solution that will work.
Snitching on a "John" that frequents the NE area's streetwalkers is simply the latest tagline in a nearly 100-year-old battle to fight prostitution in that area.  If you haven't been to NEKC (white folks that is you) then you probably think that this plan might work but the area has been neglected for so long that NOBODY in that hood is about to snitch on people driving through for quick relief.

Have you driven down Independence avenue at night?  Probably not.  I use to do a lot of charity work with the Don Bosco center and frequented the area often to drop off donations to families and the majority of them will NEVER EVER talk to the police.  Most of them reside in the United States in an unofficial capacity and will not call the police due to either language barriers or fears of deportation.

Further up the road, have you seen the area surrounding Knuckleheads?  It is literally the walking dead there.  I have never seen more dusty white people covered in chemical disfigurements in my life.  You will most definitely get a gun pulled out by some psycho sitting on his front porch.

The people of NEKCMO have been unfairly neglected, they live in an amazing community and historic part of the city.  Can't we focus on the revitalization of the area instead which will of course force prostitution elsewhere?