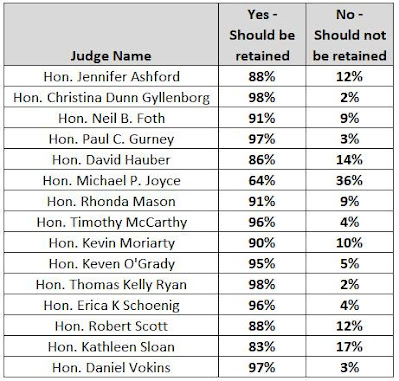 Just look at the approval ratings for the judges listed above.  There is no way in hell that a poll would ever look like this unless it was filled with corrupt data or a pool of respondents that are apoplectic.  This poll goes against almost every conversation I have had regarding this subject, especially once they do a little digging into the corrupt nature of the people that occupy the JOCO courthouse.

Many of these people are nothing more than folks that were given their job because of who their parents were.  Several of them are put there simply to appease donors.  Most of them are incompetent.  Yet, JOCO residents simply elect people that were appointed to their job without knowing a single thing about them.

Example, would you want a family court judge that uses personal favors to move his divorce case into a neighboring county? Would you want this man who had an ugly divorce of his own to oversee your own?  Probably not.  But you keep him in office.