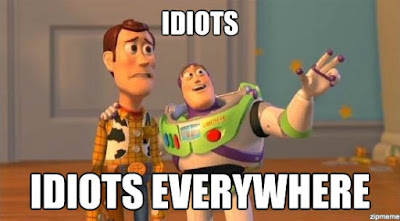 A toll road?  Really?  This is the magic band-aid that they came up with their failures to address traffic problems in the South?  And it doesn't go beyond 151st
street where development is booming?  This might be the worst idea to come out of city government since the redevelopment of downtown OP by placing towering apartment complexes in a historic old town area.  Towering apartments that almost nobody can afford.

Shit, I would rather the city take the big leap of putting in a light rail system, at least that makes some sort of sense.  Not building a road that hardly anybody will drive on because they are charging approx $50 per month for its usage and of course spite.  People that didn't want this (almost everyone) will refuse to utilize it strictly due to spite and they are wanting it to fail so that this type of idea NEVER happens again.

All elections have consequences and we are seeing that in the city, county, judges, and school board now more than ever in JOCO.  It seems that there is a major push in the county to create a political class of elites.  Maybe they grew up watching too much West Wing.  Political hipsters! Idiots that want to take what made JOCO great and turn it into some left coast shit hole.