The Star falls for the Okie Doke on threat to KCPD 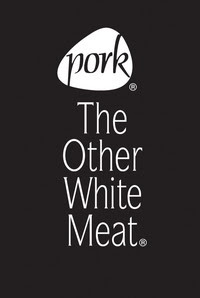 If you read the headline of the story you would say duh, putting a coffin labeled
"the other white meat" in front of a large group of protesters at the KCPD HQ is KINDA fucked up.  So you would expect that the story would match the headlines right?  WRONG

In the story, the idiots at the Star actually believe that "white meat" stands for white supremacy....  COME ON!  Everyone in the world knows that PORK is the other white meat.  Slang for cops is PIGS!  HOW can they be confused about what this symbolizes to everyone and anyone that doesn't work for the Star (or KC city council).  To read quotes from protest attendees is really kinda funny considering that they are coming from within a city that has some of the highest per capita black-on-black crime, murders, shootings, and rape in the nation.  Also, this shit isn't new but blaming the PD for it is.

Calling white meat "white supremacy" is such a bad lie that you would expect someone that is supposed to be reporting on this issue would actually bring up the whole Pork/Pig white meat angle but noooooooooooo.  They bought it.

I say that we pull the cops off the streets that folks claim to be getting slaughtered in on a daily basis by cops and reallocate them towards neighborhoods that would like to see an increase in officers to solve cases etc..  Once we do that, let's go back into those neighborhoods in 3 years and do a quality of life comparison.  The results will not shock anyone with a brain.

If you were trafficking in illegal narcotics, prostitution, fencing goods, etc.. would you want more or less police on the streets?  Where do you think a lot of the funding for these protests is coming from?  Do you think that drug traffickers are stupid?  One of the biggest expenses besides product in the drug game is legal fees.  Fewer cops mean reduced legal fees, no time off the streets, and easier distribution of the product.  Some of these protestors probably don't understand this and gladly take the $$$ for "the cause".

For decades there were already neighborhoods in the city that cops refused to patrol due to safety issues and with this increase in hate I do not expect that to change anytime soon.  Don't believe me?  Go ask a KCMO cop what Jurrasic Park is or what the "50's" signify.