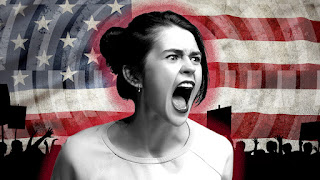 This story out of Oregan might be the most racist thing said by a public official this year.  You see, the
state of Oregan decided to drop most of its standards to qualify for graduation stating that MINORITY STUDENTS DON"T TEST WELL.  The people stating this racist crap are the people claiming to be Woke and support BLM.  With friends like this, who needs enemies.

Instead of educating and holding everyone to a set of standards meant to prepare kids for their future, they punted and blamed the kids, kids of color, but not all kids of color, right?  Because at the same time that this is happening, there are efforts to limit the enrollment of Asian kids at certain schools because they are "Too Smart".

So what is happening is that this group of white women got together and said that Hispanic and black kids are stupid and making us look bad because of our shitty graduation rates.  Instead of addressing their crappiness as educators, they play the race card from the bottom of the deck and lower the bar so that they can remain crappy teachers.  Once again the woke left using and abusing minorities, "for their own good".

This might have happened first in Oregan but it is a nationwide movement, so stay tuned.