Afghanistan Loss could have been prevented several times over 20 years

Joe Biden has single-handedly shit on the graves of over 2500 dead soldiers and pissed on the boots of those injured.  It is that simple.  For all the mistakes that were made before he was sworn in by many others ironically, including him as VP, it was his "plan " that lead to the cluster fuck that we are witnessing today.  So no matter how many excuses and passing of the blame we hear from the left just remember, whose ultimate strategy it was to exit in the way/time that we did which lead to our loss and humiliation on the global stage But let us look back at the history of this debacle, shall we? 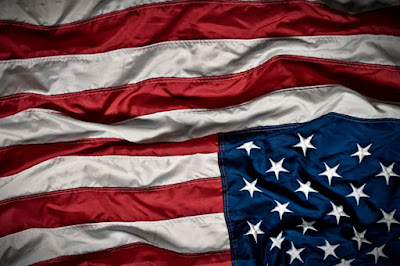 1.  Sept 11th happens and there wasn't an American alive that said that we shouldn't go to that country and wipe out every single Taliban and Al Queda person walking in the wasteland of a country.

2.  We experience several key victories and wipe out tens of thousands of fighters.

3.  George Bush thinks that we should invade Iraq to look for mystery weapons and diverts key assets that could have been used in Afg to Iraq.

4.  We wipe Sadam off the map but stay behind to build a nation.

5.  We hunt for Bin Laden all of Afghanistan only to find him in freaking Pakistan and we kill him.

6.  We stay behind in Afghanistan to build a nation.

5.  Iraq goes to hell under Bush but he sends in a troop surge to stabilize the region.

6.  Obama/Biden enter the office and put huge restrictions on the use of deadly force and neuters our warriors.  He instead uses drones to kill thousands.

7.  Obama/Biden pull troops out of Iraq and the country basically falls into the hands of Iran.

8.  While we are wasting our time in Iraq, ISIS is formed and has become one of the deadliest groups in the world.  Obama/Biden fails to stop their advances and the beheading of Westerners is shown daily on the internet.

9.  Obama/Biden are so bad at foreign policy that they take their eye off of Afg to do nothing about ISIS except "train" Syrians to help the Kurds in fighting them.  We all know how well we "train" middle eastern fighters now don't we?

10.  Instead of saying Fuck Afg, we stay behind with depleted resources until a surge is now needed there as well.

11.  Instead of pulling out of Afg after the surge, we once again stay behind to build a nation.

12.  Afg is a disaster, Iraq is a nightmare and ISIS runs the middle east as Trump enters office

14. Instead of pulling out of Afg like he said he would, he decided to delay that action and instead listens to the Generals (who have never won a war) and leaves forces there to build a nation.

15.  Trump finally decides that Afg is not worth anyone dying over anymore and tries to broker a withdraw of forces agreement with the Taliban which would have allowed for a clean exit for our soldiers and Afg citizens that helped us along the way.  The Taliban knows that Trump is borderline crazy so they are not looking to piss him off because MOAB's will be dropped on their brick shithole houses.

16.  Biden comes back into office as president and is senile and is a pussy.  The Taliban sees this and once he rejects the initial deal Trump had with them, they put into works a plan to take over Afg. They know that Biden is harmless and any threats he makes will not be backed up.

17.  Biden just last month said that he has no worries about the Taliban taking control of Afg despite what people are saying on the ground.  Said it would be months before the Taliban could make a dent.

18.  Biden is scheduled to give a news conference today, a month before the 20th anniversary of Sept 11th stating that he fucked up and Afg is lost.

Both parties share some blame, but let us be honest here, Obama/Biden were the worst offenders with Bush being a not-so-distant 3rd due to his invasion of Iraq.  We could have had a clean victory and avoided all of this is after Bin Laden was killed, we pulled the F out of Afg.  Nation-building should NEVER be part of what the United States does.  How arrogant of a country are we to try to make little United States satellite countries in regions that don't want us and we do not understand.  MAYBE it would have worked had Bush not divided our efforts and went to war with Iraq.  Even then, WHY?

As a Marine, I am not against war, I am against police actions etc.. When we go in, we need to destroy, win and then get the hell out.  Someone messes with us or an ally, too bad for them.  We shouldn't be spending decades rebuilding shit that we destroyed.  IT IS WAR.  War has consequences for the loser and as a country, we have forgotten that.

Now that we have lost the war in Afghanistan, what will our consequences be?  More terrorism.