JOCO Election investigation? JOCO Corruption in Judicial has no limits. 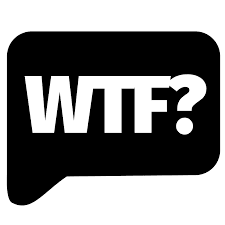 This is the first I have heard of an investigation into JOCO election tampering from 2020, how about you?????

How about the Constitutional Sheriff's and Peace Officers Association which paid for him to fly out to a conference?

Shouldn't this have taken place before certification?  What evidence of tampering is there?  Why are we being kept in the dark?  Is this some conspiracy theory crap?

Is a JOCO official getting a free trip to Vegas and decided to talk out of his ass to justify his expenses? And creating a shit storm back home that extremist groups will latch on to.

Also, shouldn't the public be made aware of the free trips our Judiciary arm of the government is taking?

I have been saying for over 3 years now that a complete and independent audit needs to take place in the Sheriff's office and Court House. The place is full of kickbacks, secret handshakes, financial malpractice, employee corruption, and best of all (for them) there is nooooo oversite taking place.  No checks or balances.

They circle their wagons extremely quickly the minute any wrongdoing is brought up and follow up with threats that only they can make... So tread lightly when investigating.