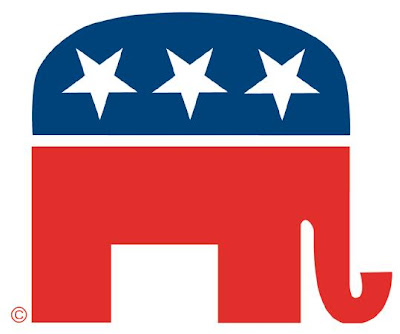 CONGRATULATIONS To the Only One: The GOP “The Grand Old Party”

For all those that love American history, this year we are celebrating the 155 years that the GOP was founded. Our party was created by anti-slavery activists, two years later we took control of all northern states and by 1860 we elected Abraham Lincoln as the new President.
During the Civil War the new Republican Party supported President Lincoln and start making the greater sacrifice and honor that an American can do, we started given our lives to save the Unity of our Country. I do have to admit that several “War Democrats” took part of this endeavor. I will title this as the first time that our republicans crossed the aisle and welcome the heroes of the Democrat’ side.

Our Party knows what it means to lead and succeed trough all the Six Party Systems that our country and government went through, especially after the infamous Fifth Party System (1932-1966) when we were able to elect only one President another American hero General Eisenhower. I like to call this era as the “Ignored Wake Up Call” that Republican we never understood (Do you remember the Liberal New Deal Coalition created by democrats under FDR? ). I will take risk to call this time as the grass roots of the Democrat Socialism in America.

American daily patriots and followers of the basic principle and values of our founders were able to elect 18 of the 27 US Presidents since 1861; I can not be humble when I said that also we won 23 of the last 37 elections. The “Palin Effect” took away our victory on the last elections, because we did have with McCain a Hero, a Patriot and an American that will never concede the safety, pride and security of our Country. (Just out of the topic: It is curious but I start seeing a lot of McCain campaign sign back on several yards. Why? Stop by to those houses and ask the people living there, they will tell you a special message to all Americans).

Even before arriving to this my New Country, I became a Ronald Reagan Fan 100%. The Reagan Era I do believe is one of the more glorious and proudest time for all Americans especially for Republicans, Reagan became the best communicator ever.
I started reading his books especially his letters, if you allow me to give you an advice, read his letters, this President took the entire time to answer letters even to elementary school students and to general public. To me he is also the Father of the Modern Volunteerism Movement: People given time and money to support our country.

His “Peace Through Strength” platform designed to combat communist and socialist threat no only to USA, but to all the small countries in South America, including my home town Ecuador, Chile, Peru and others. And of course I have to talk about the Reagan Revolution. Here is when I understood the importance of the Conservative Approach of the Republicans, when I saw the entire conservative wing taken over the GOP, the massive tax cuts to help the revitalization of poor areas and the country in general, and the call for individual responsibility, etc. There was no more choice to me but to keep doing all the possible research about this Great Communicator and his Grand Old Party. I do believe He was the greatest inspirational source for conservatives to get closer to the Republican Party. Here again our Party tough another great lesson by allowing to the “Reagan Democrats” to assimilate our ideas and support RR for the great victories in 1980 and 1984 and to George Bush’s (Father) on 1988 as a catholic I will like to mention that in 1988 our members were an important factor for the G.H.W. Bush victory and the stronger support came from Catholics form the Northeast..

When I arrived to USA in 1992, I was welcome by the “New American Revolution” led by Newt Gingrich when he produced the “Contract with America” in 1994. I have to give one credit to President Bill Clinton, His actions helped me with my decision to join the Republic Party and I did 10 minutes after my swearing ceremony as a new USA citizen. Thanks Bill! And thanks to the sweet old lady member of the DAR for helping to register as such.

Some of you my dear friends may be against with what I am going to said, this is a personal statement GW Bush started the Golden Era of the American Patriotism with his “ War on Terrorism” (Liberation of Afghanistan) , the Operation Iraqi Freedom”, the USA PATRIOT act and later on He will present to us another patriotic initiative with his “ A Safer World and a More Hopeful America”

Please join me to wish our GOP a happy 155 anniversary! And to wish the best of the best to our GOP Chairman Mr. Michael Steele, and YES! The honeymoon is over! Be aware democrats! Be aware! The groundwork for a Republican comeback is stronger this time…by the way Mr. Dennis Moore and the other democrats you should start looking for a job, outside of Johnson County! Things will change in 2010! Read my lips…things will change in 2010
God Bless America!