What if John Albers was Black? 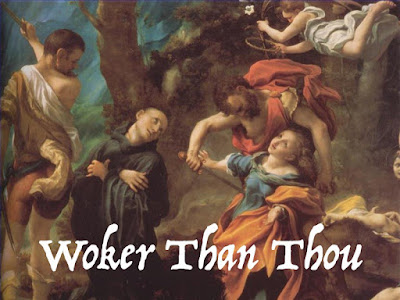 The story of the murder of John Albers is far from over, especially since his mother is now going after the Chief of Police in OP for lies he told.  Outside of
the JOCO area though, nobody cares that a 17-year-old kid was shot 6 times for backing his car out of his family's driveway and the only reason I can understand is that the kid was white and from the burbs.

This means that there will not be a single protest, no building lit on fire, no trendy spray painting of ACAB on the side of Wendy's, and yes a complete total pass on any legal ramifications for the former officer (who got paid nearly 12K per bullet that hit the kid).  Nooooo, the officer is probably in Arkansas fishing on a brand new bass boat that the city basically gave him.

Imagine doing your job sooooooooo poorly that you ended the life of someone and your boss saying that they had to let you go but you get 70k. Who wouldn't sign up for a 70k severance package for being really shitty at their job!  AND THIS was considered punishment for KILLING a kid.

City's have been torn down for suspects being shot despite them being in possession of murder weapons, high as fuck, assaulting cops, etc..  Yet this past summer the woke whites of JOCO marched for a man in Mn. and did nothing for Albers.

Fuck you, woke jocoians for your racial pandering and neglect of a kid in your own city.