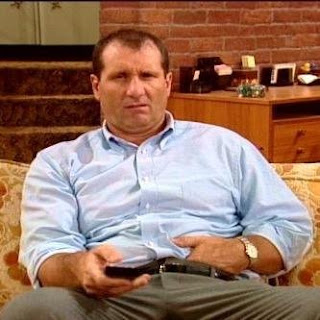 To save you all from emailing me or hitting me up in Twitter messenger over headlines
that are currently flooding the media, I will take this rare moment to dive into politics with Rapid Fire over every headline I think YOU should be paying attention to because I am brilliant and most of you are not.

1.  Reporters who have sat back and said nothing about Biden's mental incompetence, cognitive failure and inability to walk up freaking stairs are suddenly concerned about a "cough".  Holy shit.

2.  Gray Wolfs back on the endangered list after Trump took them off.  To say that Trump was a moron with his policies on animals would be nice.  These things never should have been removed in the first place.

3.  Adults stopped acting like adults a long time ago, Covid just made them worst.  Liberals might be the most mentally unstable group in the world along with anyone that showed up on Jan 6th to peacefully protest inside of umm congress.

4.  Environmental wackos now want to be part of your soil.  Yes even after death you will be haunted by them every time you eat due to their new scam of composting their corpses when they die instead of being buried or set to fire.  IF your carrots are a little green, you now know why.

5.  Those of you idiots that haven't been vaccinated can have fun with this Covid calculator to estimate if you will catch the Delta Strain.  Might as well have fun on the internet before you die, right?

6.  56% of Americans can name all three branches of government...BUT let us just ignore that and continue to believe that our education system is run by geniuses that are interested in educating our kids instead of indoctrinating them.  Ignore the lowering of standardized test scores to get into college, CRT before math and reading, social promotion to graduation EVEN IF YOU CAN NOT READ AT A 5th-grade level.  GOOD JOB TEACHERS!  They failed to do what a freaking 3 minute School House Rock commercial during Saturday morning cartoons could do.  Then again, most liberals think that the CDC, OSHA, and IRS are branches of the government...

7.  Another example of how shitty our FBI has become.  They had to apologize to our Olympic gymnast due to their mishandling of the sexual assault cases.  Yet we should still have faith in this organization?

8.  This super cool JOCO guy is a corrupt tool.  I know this isn't news but hey some of you might not know this. Do not be fooled by his hairpiece and edgy pictures of his dogs, he is super duper neet-O.

9.  Ahhh, even the Federal Reserve is corrupt.  Go government, Go.  And yet there is soo many of you that want a bigger government.  Morons.  I guess that once crooked Biden got elected everyone saw that as a green light to get rich while working government jobs too.

10.  Instead of simply letting people choose if they want to live or die by taking the supposed to work vaccine, Biden is pressuring even more and larger employers into implementing mandates.  Have the rest of you never heard of natural selection?

11.  Women make up more than half of all new gun owners.  Huh.  Encouraging news in that there is a large portion of the female population that isn't dependent on the government for their existence and safety.

12.  Nicki Minaj is the latest celeb to get WH invitation to push for Covid shots.  Sure, 9 months after the shots came out and people have dug in, NICKI will push us to a 100% vaccination rate.  Brilliant!  What is even more brilliant is that she isn't down with the whole Fauci Ouchi movement.  I am sure that Biden sniffing her hair will change her mind.

13.  General Milley is a pretty shitty General.  We have all known this for years.  He isn't a real general in the way that we like to think of generals. Noooooooooo, this guy is a political hack that is more concerned over politics than winning wars and saving Americans.  Of course, this shitbird tried to commit treason.  The coverups for this man are nonstop.  We should barely know his name, not be flooded with his incompetence and treason in the headlines DAILY.

14.  Biden wants to give the IRS access to your bank accounts. No, not just terrorist accounts, the super-rich, etc.. no, EVERYONES.  Enjoy having big brother monitor every transaction that you make.  Surely, you don't purchase anything that you wouldn't mind being leaked on Twitter if you get out of line with the powers that be...