It was another wonderful week in Biden's neighborhood.  While the rest of us were working hard to 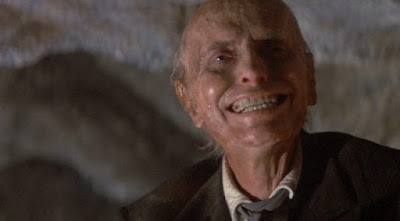 make it in Biden's America, he was once again taking a vacation.  This idiot has spent more time in Deleware than he has at the Southern Border.  Which it turns out, he has not made one official visit in his 50+ years of public office.  Congrats!  I haven't served a single day in public office but I did spend a fair amount of time on the California/Mexico border while in the USMC.  What I saw in the early '90s was bad, I mean really bad.  If you have ever lived in Southern California, then you know about the crossing signs, rafts, etc..  Nothing I saw then can compare to the third-world settlements that Biden has allowed to set up on our side of the border.  That was under Clinton before he became tough on the border once he saw his polls drop.  So once again, a democrat is in office, the borders have opened and his polls shrink.  When will these idiots on the left realize that while we are all for LEGAL immigration, almost nobody outside of the political white elite is in favor of open borders?  REGARDLESS of what they try to tell us on a daily basis through their propaganda spewing news networks.
Anyways, here are this week's greatest hits.
1.  Brown migrants are allowed free access across the border, the minute Haitians show up, they decide that GITMO is an option.  This isn't the first time Haitians have been sent to Gitmo by a Democrat president.
2.  Liberals, including Biden, do not understand the difference between horse reins and whips.  THEN they blame the horses for being cruel to migrants!  How exactly do you enforce a border without intimidation?
3.  Hunter Biden's laptop is about to become a real problem.  Especially, now that the liberal media is starting to jump ship.
4.  Biden is going against his own FDA and urging Americans to get booster shots.
5.  World leaders who initially supported Biden, now think he is a complete joke.
6.  Joe Biden's approval continues to plummet.  Those of you that said, anyone but Trump are now getting what you didn't pay attention to.  Thanks for that.
7.  Joe Biden is so toxic that he has candidates within his own party deleting pictures they have taken with him from their websites.
at September 24, 2021