We search over 1000 rss feeds to find you the best of the internet.  YOUR WELCOME


1.  Vanessa Hudgens is making a play for a Top 10 Ranking with us.
2.  If you thought that regular internet dating sites were bad, here are 10 Dating Sites that will blow your mind.
3.  The answer to "what is grosser than gross?" is finally solved.  GROSS
4.  Drawings of what Space Colonies could of looked like according to photos from the 70's.
5.  What are the 10 laziest states in the United States? 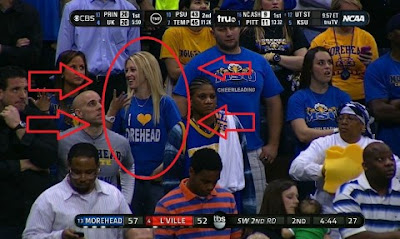 I tried to find links that didn't deal with all the crap surrounding the Arizona Shooting.  I think that we could all use a break from all of that for at least a few days. 1.  Commie Scientist at NASA thinks that the people that voted in November are too ignorant to live.
2.  Ugly people are screwed in life.  Low IQ's should add to their self esteem.
3.  3rd graders in UFO country smoke pot to cope with alien life.
4.  Slime ball John Edwards gets ready to face a grand jury for being a wife hating douche bag.
5.  Looking to cure the winter blues?  Here are some tips to help you get through this miserable season.
6.  FHM releases its hottest 100 women list. Unfortunately for us these guys are terrible judges.
7.  Chinese leaders insult United States as they come to see their buddy Obama (who also hates America).
8.  Food crisis panic begins.  This is what happens in the absence of leadership.
at January 17, 2011

WE DIDN'T LAND ON THE MOON

When I tell people that I don't believe that we landed on the moon they look shocked. I don't believe in conspiracy theories (like my wife) but I don't think there isn't a chance in hell that this took place, and after every Space Shuttle mission I feel validated.

1. It was the cold war and both sides were full of propaganda.
2 The United States needed a confidence boost. The Kennedy brothers had been killed, we were knee deep in rice paddies in Vietnam and the Russians had Sputnik.
3. Do you remember the technology of that ERA?
4. Why haven't we been back?
5. Why do our shuttle missions have so many problems yet we landed on the moon?

The only reason I bring this up is because it came up at lunch today.
at November 07, 2007