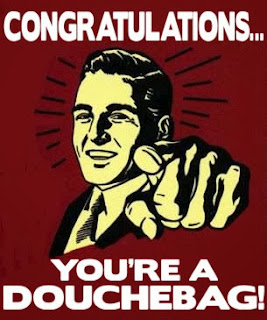 KC DOUCHE's of the day

The top 4 Metro Douche Bags for Monday are 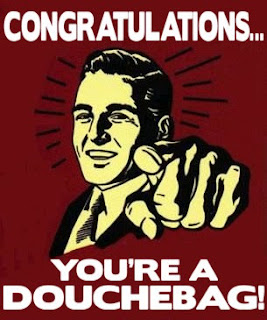 1.  Phil Cosby for his attempt at being Overland Park's moral authority once again.
2.  Michael Bray for robbing a an 85 year old disabled veteran.  This guy is such a douche that his own mother turned him in.
3.  Chris Koster for holding yet another summit on violence in the metro.  Less talk and more action would be nice for a change.
4.  East Side Parents for allowing their kids to get pepper sprayed at the plaza.  MAYBE if you acted like ohhhhh I dunno, PARENTS, your kids wouldn't be put into these situations.
at September 16, 2013 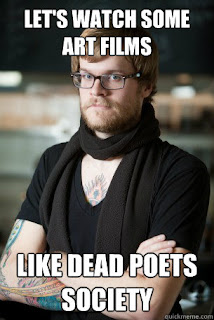 What happens when you give an ignorant hipster wannabe poet a little attention in metro blogs?  The ultra sensitive and extremely untalented get offended and cry to the blogger and label it's readers as racist and uneducated...

I am pretty sure that there are more doctors, lawyers and business executives that read our local blogs than attend some hipster poetry reading.  Seriously, what does a poet make annually?  20k?  lol.  Someone needs to tell these coffee house burnouts that it's time to grow up and contribute to society in a meaningful way and to be grateful that someone even noticed their otherwise nonexistent "art".
at January 22, 2013 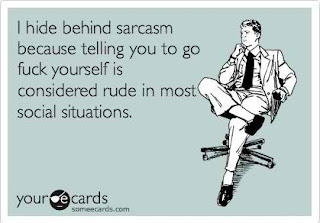 1.  If you believe that Legos are sexist.
2.  Take a wrong turn into Mexico with over 250k rounds of ammo
3.  You are the man in the headline "pregnant man and his wife separate"
4.  You were the doctor that couldn't figure out the cause of death on a woman that drank 10 liters of  Coke a day until you performed an autopsy.
5.  Think that a Secret Service agent admitting to checking out Sarah Palin is news.
6.  Think that lining up your students and firing blanks at them is a good idea at school.
7.  That Starbucks put crushed bugs in their drinks and you still drank it.
8.  Are over 70 years old and accept a new coaching job
9.  Think that you are going to get a hooker that looks like this for $47
at April 20, 2012 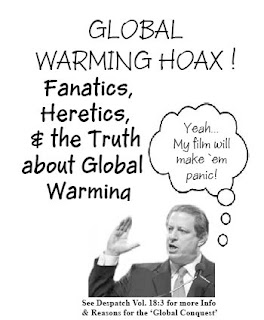 You can keep trying to prevent progress and jobs but you will eventually lose.  Especially now that global warming has been proven to be completely made up by AlGore and Eurotrash scientist.
at August 06, 2010 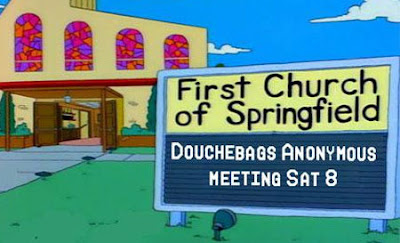 This douche bag and 3 or 4 of his closest emo friends decided to try and close down Shawnee Mission Park today because of the Deer hunting.  You see Jason thinks that letting the deer in the park run out of food and die is much more humane and people getting killed from deer running out in front of their cars is acceptable........

BIGGEST DOUCHE BAG OF THE WEEK 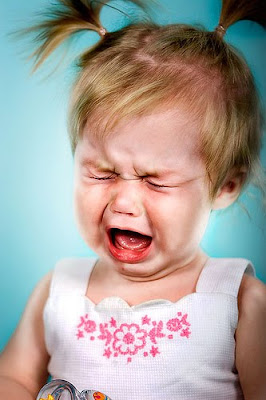 Chances are that you have never heard of him (consider yourself lucky) but those of us that still have scars from his attempt at baseball talk and white guilt aren't as lucky.

This week the douche bag threw a temper tantrum about Soren Petro calling him out and well, it was a pathetic.  There is no crying in sports talk radio!  Grow up. 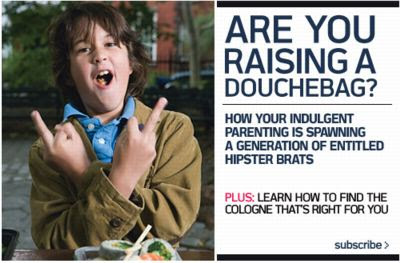 The guy that tells everyone that he has a TYPE A personality is typically one of the biggest douche bags you will ever know. If you are a Type A personality you typically don't have to tell people. they will know.
at July 22, 2009